MARFA, TX
Marfa was only about 30 minutes from Davis Mountain State Park.  It is filled with exquisite art galleries and/or exhibits.  Vannie said she had always wanted to visit this small west Texas town. 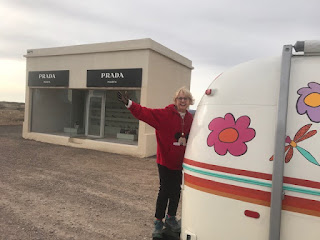 The "girls" are lovin' seeing "Prada Marfa".
This is a permanent art installation by artists, Elmgreen and Dragset.
The artists called this a "pop architectural land art project".
I say, "Sounds good to me." 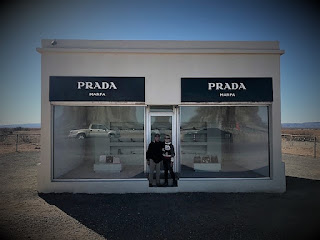 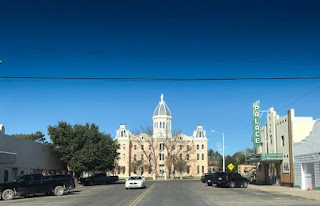 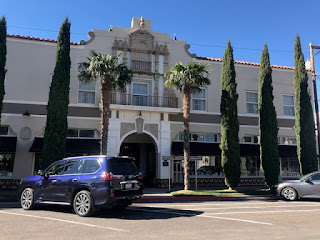 The Hotel Paisano
Opened it's doors on June 1930...
It was the headquarters for the filming of the movie Giant 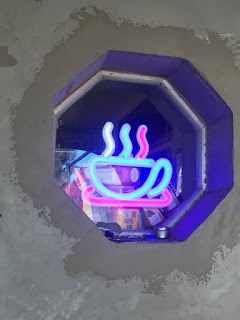 Dave says that one of the first things he and Vannie like to do on a day of exploring, is find a quaint little coffee shop.  And a visit to Marfa was just one of those days. 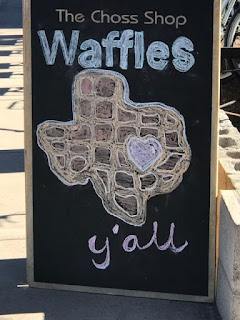 The neon sign and the chalkboard with the Texas waffle were like magnets that sucked in V and D. 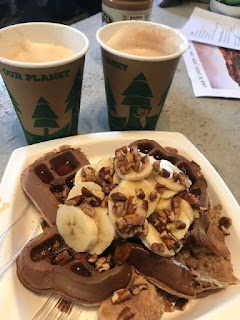 Did I say Texas Waffle???
Now that's the ultimate Texas Waffle.
Vannie said it was the best EVER.
Whole wheat...topped with syrup, bananas, and pecans...with lattes on the side
Dave said he would go back to Marfa to just get this waffle.
They pulled up their stools and visited with the owner.  He was a retired scientist and had used his scientific skills to perfect this concoction. 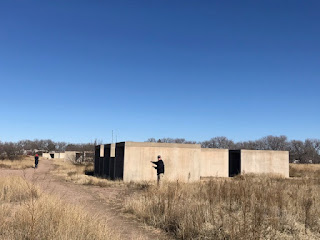 Look at Dave.  He is introducing us to another art creation.
That's right...art.
Donald Judd...American Artist...Minimalist...Sculptor
These concert structures are part of the Chinati Foundation
contemporary art museum. 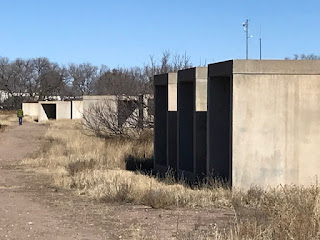 It was Judd's intention to bring art, architecture, and nature together. 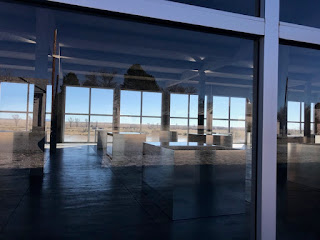 Vannie said there was also a wonderful building with smaller structures inside. 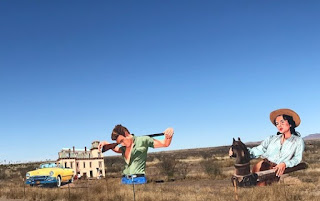 On the way out of town, look what we ran across just sittin' out in the middle of no where.
A display of the highlights of the classic movie "Giant", with Rock Hudson, Elizabeth Taylor, Dennis Hopper and James Dean.  There was even music playing energized by a solar panel. 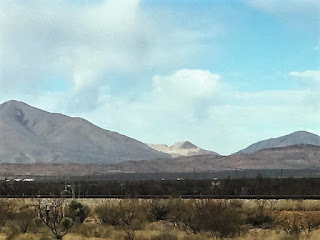 Seeing unexpected sights while traveling is always an upper.
Vannie said that sometimes one has to let their imagination run wild.
Vannie thought this was an Egyptian pyramid peeking out between the two larger mountains.
What do you think it looks like?

EL PASO, TX
"The Pass" in Spanish
Located on the Rio Grande...across the Mexico-USA border from Juarez, MX 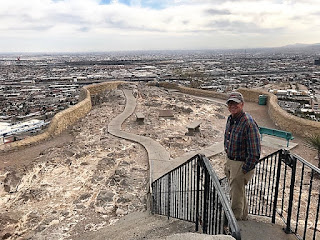 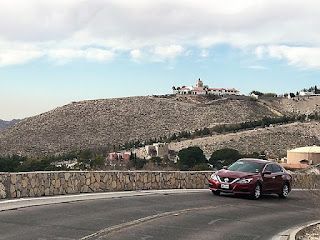 V and D were sick and tired of I10, so they did a little quick research on Goggle and headed for Scenic Drive in El Paso.  They couldn't get rid of me, so I tagged along.  At first when I saw the road winding up Franklin Mountain, I was a teeny weeny bit scared...but I made it just fine.  The view was incredible.  We were able to see across South El Paso and into Juarez, Mexico. 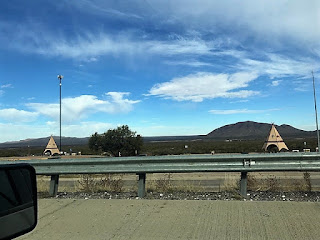 Another one of those neat down-the-road sightings.
I could hear Vannie yelling at Dave get the phone...quick...take that picture.


LAS CRUCES, NM
On I10, on the edge of the Chihuahuan Desert
Agricultural Region
We drove through dozens of pecan orchards.
We were only there one night.
V and D both agreed they would like to return to Las Cruces and do more exploring. 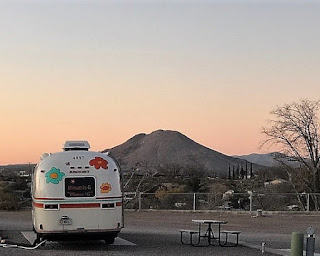 I sittin' pretty in my spot at the KOA in Las Cruces. 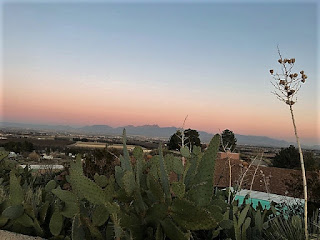 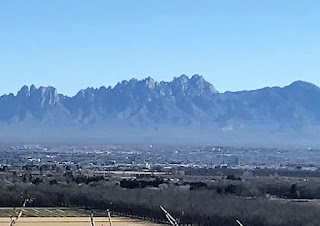 The Organ Mountains at sunset and in the morning.
Another one of those places that imaginary music is flowing through the air.

LORDSBURG DRAW
New Mexico
After leaving Las Cruces, we came across this area of water.
It was beautiful and so different from the "brown" vegetation that we had been seeing for miles and miles. A draw is a usually a dry creek bed which sometimes fills with water, depending on the season. 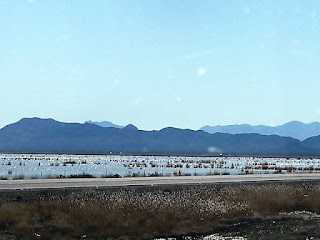 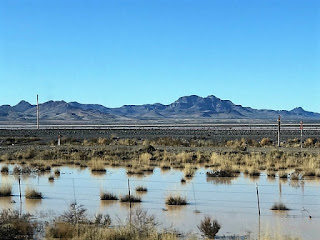 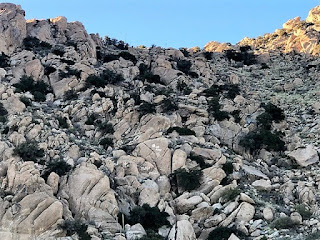 Stopped for the night in Benson, AZ...about 45 minutes from Tucson...on I10
We usually don't travel on the interstate highways, but the back roads were going to take us so much longer, we had to make an adjustment.  It's important that we get to California by the 23rd.

Posted by The Journey of Gypsy Rhapsody and Minuet in G at 8:51 AM